This week for 3 Word Wednesday we have been given the words Menacing, Rampant, and Unravel to use in a piece of fiction...so here goes...
Bernitte rubbed bronze-chalk into her hands. No matter how many times she'd done this in the past, before a rehearsal or a show, it always made her heart race. It was in her blood. Six generations of her family had made their way in Wermspittle since just before the bombs fell and the airships stopped coming. Her gift for acrobatics had made her a valuable member of the circus troupe, despite Rinaldo's constant grumbling that she was being 'wasted.' He'd just as soon pimp her out to whomever could make him the best offer. She was getting tired of his menacing stares and threatening glares from the sidelines during her practice sessions. they both knew it was only a matter of time before Vindressi would succumb to the tumors ravaging his tired old body...and then Rinaldo would become Ringmaster and liegelord of the troupe. He was already wearing the Master's Hat and acted as if it was already a fact of life.

Enough. She steadied her breathing. Stretched her muscles. Carefully examined her options going forward. The rest of her crew were waiting on her to find an entry-point into this abandoned warehouse. So far they'd avoided the Street Patrol and the Red Watch, but it was only a matter of time before an observer from one of the Hangar-Clans spotted them. It was as if they could see in the dark. Maybe they could. There were scavengers and foragers who wore special goggles with amber or tinted glass lenses in them that allowed them to see the trails, spoor or sign of various icksome things. Maybe, if this job went well, she'd visit one of the curiosity shops or pawn brokers and see if she could find something to help her see better in the dark.

Three quick breaths. Her hands flexed and ready, Bernitte jogged half way down the alley then leaped. Rusty iron rungs. A fire escape. She pulled herself up and rushed through the three intact sections. A leap upwards and she caught the edge of the next platform. The connecting ladder had fallen way--or it had been removed deliberately. some squatters did that sort of thing. It tended to discourage casual interlopers.

Two more ladders. Then things got interesting. The next two platforms were twisted, partially torn free and hanging off the wall of the place like a nasty wrought-iron deadfall trap. A ladder dangled down from the platform above this mess, but it was bent at an angle that made it project outward into the alley and she didn't trust it.

Clouds were moving in, thunder rumbled in the distance. She'd lose the moonlight in a few minutes. But that might be all she needed. There was a boarded-over window just within reach, if she could make the next leap from the rail of the platform before anything shifted. The boards were loose, two had fallen away. It was enough for her to get through. She hoped. The bricks near her were weathered, but not enough for her to get a good grip. The window was her best option. Her only real option.

Everything went dark in mid-leap; a cloud blocked the moon. Her hands landed on the bottom edge of the window with a gritty crunch. Glass bits snapped and ground into her hands. She pulled herself up and over. One of the boards creaked as the wind shifted. Bernitte grabbed it and set it back into place so it wouldn't fall. She didn't know what might be making a den or prowling about this place and didn't want to announce her intrusion.

Her hands were barely scraped; the glass bits pulled free from her callouses. Where she had been cut was closed-up by the chalk dust. It had just been a few fragments left-over from a broken pane, nothing deliberately set-up to inconvenience an intruder. That was a good sign.

She readied her little crossbow that grandpa Lennir had made for her as a child. It wasn't terribly powerful, barely able to kill a rat, but it very accurate and very quiet.

Dim purple light seeped past a sagging door. Bernitte recognized the tell-tale glow of the Red Weeds. She moved further on down the hallway, away form the ruined fire escape, deeper into the building. Her crew were waiting for her signal. It was up to her to find the best way for them to gain access...if she could verify that it was worth their time. Most of the easier warehouses had been looted long ago. If there was anything worthwhile still in this place, there might be a good reason no one had made off with it yet.

The hallway ended abruptly at a wall covered with peculiar plaques and sculptures, with a corridor continuing off to the right or left. The purple glow was more pronounced here and only got more distinct the further down either corridor. She went left out of habit. It always annoyed Rinaldo when she used her left hand. He wasn't ambidextrous and it made him feel inferior. At least that was her theory.

The left corridor opened-up along its length to form a mezzanine that encompassed a central courtyard. Red Weeds clung to every surface. They had grown rampant in this place. A few gaping holes in the skylights let in rain water. There was a densely packed forest down below, criss-crossed by parasitical vines and lianas, massive ferns, gargantuan cabbage-masses, even some sort of cacti-like bulbous things clustered along the south-facing wall where they received the most sunlight. all of it enveloped in the eerie purple glow that seemed to come from underneath every leaf, tendril or stalk of the red plants.

This was no warehouse. Either Jalin was mistaken, or else...

Something moved out from beneath a pile of rubbish that had spilled out from one of the rooms that opened onto the mezzanine-corridor. Maybe it was a rat. The dust in here was thick, with only a few traces or tracks, probably squirrels or something little like that. Not a lot of guano, so it wasn't a roost for pigeons or bats. She hated bats. They had carried one plague after another into the camps of her people.

This was no bat. It was a tiny, ridiculous figure, a rude caricature of a person formed form sawdust-stuffed rags with a cracked porcelain face that leered evilly in the purple twilight.

And it wasn't alone. Another one of the doll-things dragged itself free of the rubbish heap. And a third. One held a potato-peeler in its soft little mitten-like hands. The others wielded box cutters, straight razors, shards of glass or jagged lengths of sheet metal. One had dozens of knitting needles jabbed through their limbs and clicked with every step as they came at her with their little arms spread wide for a hug.

Bernitte pinned the first one to the wall with her first shot. Then she re-slung her weapon and got out of there. She wasn't sure what the best way out was, but she knew she couldn't dawdle--those vicious little doll-things would tear her to pieces if they could catch her. There were too many of them for her to fight them.

She ran back towards the hallway leading to the fire escape. No sense plunging on into something worse, her aunt Rumelda the contortionist had always told her; better the devil you already know. There was no good way to block the corridor. No way to set up a barrier. So she went back to the window.

The horde of doll-things were coming for her, led by the one with the porcelain clown-face whose mid-section was unraveling with each step it took toward her.

She didn't look down. There was no real escape that way. Instead she climbed upwards. Six ladders. Just to make things more difficult for the doll-things to continue pursuing her, she cranked-up the last ladder and locked it into place. It made an unholy racket and spattered flakes of rust and accumulated debris down into the alley, but it worked. The latch clanged into place.

Bernitte clambered over the iron grate to reach the roof.

Pigeons twittered and cooed and rose in a flapping cloud of feathers and filth. The edges of the roof-top were coated with whitish guano that came up over her ankles. But she didn't mind that so much. It wasn't the lurid purple glow of the red forest surrounding the skylight that stopped her in her tracks so much as it was the cluster of make-shift huts huddled together at the base of a large fern-tree. That and the stacks of various skulls. And the points of over a dozen spears pointed at her by a tribe of voormis... 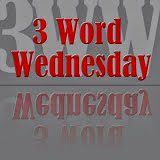